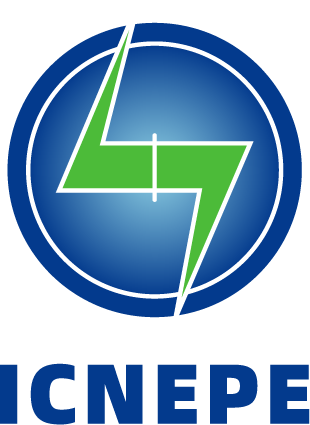 Recently, with the development of charging facilities and the advancement of electric vehicle technology, there is an urgent need to improve the management of charging stations for electric vehicles (EVs). Battery swapping stations (BSS) as a medium between power systems and EV users have attracted the attention of scholars due to their fast charging method. In recent years, a variety of cities has constructed the demonstration BSSs project for the electric taxi.

In this study, we work on the optimal operation and management for an electric taxi BSS. First, we used the data mining technique to study the pattern and behavior of taxi operations. The mining results were used to get the demand for batteries in the BSS with two operation patterns, daytime-only operation and 24-hour operation. By taking the income and expenditure of the BSS into consideration, a genetic algorithm is used to find the optimal battery capacity of the BSS in two constraints. Then an optimal model is proposed considering the revenue and expenditure of the BSS in a battery life cycle. In the end, we studied the impact of incorporating photovoltaic (PV) generation into the BSS operation.

The proliferating thermal runaway (TR) accidents are still the main obstacle that hinders the extensive applications of lithium-ion batteries, and an abuse condition triggering TR of particular interest is external overheating. Aiming at obtaining critical parameters of TR and studying the fire and deflagration behavior, the LiNiCoAlO2 18650 cells are over-heated under different incident heat fluxes. Combined with the TR mechanism from experimental investigation, a three-dimensional model was developed within OpenFOAM to study the effects of various battery materials, external heating conditions and heat dissipation conditions on battery TR behavior. Then a numerical model, which can capture the cell temperature and internal pressure evolution, venting and subsequent combustion of 18650 lithium-ion batteries under thermal abuse, was developed by coupling conjugate heat transfer with computational fluid dynamics. Finally, the prevention technology in using of thermal management system of PCM-fin structure and PCM-liquid cooling was proposed to help prevent the thermal runaway of lithium-ion battery from overheating.

Prof. Ting Yang, doctoral supervisor, is a discipline leader in the School of Electrical and Information Engineering, Tianjin University. He is the deputy director of the national "distributed energy and micro grid" international science and technology cooperation base and the deputy director of Tianjin "Energy Internet” International Joint Research Center. As the largest contributor, he has won two provincial and departmental science and technology progress awards and some enterprise science and technology progress awards. He has published more than 100 SCI/EI papers, 4 monographs and 2 international invention patents in top academic journals in China and abroad. He has served as the session chair of several IEEE international conferences. He also served as the editor in chief or member of the Editorial Committee of several SCI journals. He is the special editor in chief of "Application of artificial intelligence in power system and energy Internet"(which won him the "Outstanding Special Editor Award" in 2018) of “Journal of Power System Automation”, and the special editor in chief of "Ubiquitous Power Internet of Things (UPIOT)" of “Journal of Power Construction”. He is now the deputy director of circuit and system branch of China Electronics Society, the national director of sensor sub committee of China Instrumentation Society and a member of the theoretical electrician special committee of China Electrical Engineering Society. His main research interests include energy & power, Internet of things, artificial intelligence and intelligent manufacturing.